We are using our own cookies and third party cookies to improve our services and show you advertisements related to your preferences through a process of analysis of your browsing experience. More information here 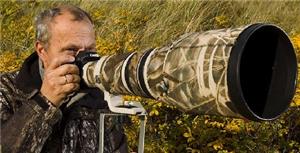 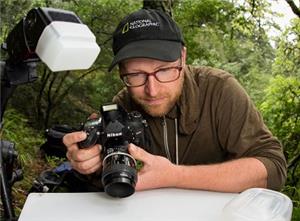 Curriculum:
Clay Bolt is a Natural History and Conservation Photographer specializing in macro and close-up photography with an emphasis on invertebrates, reptiles and amphibians. His images and projects have been featured by organizations and publications such as National Geographic, The Nature Conservancy, Scientific American, Outdoor Photographer, Audubon Magazine, New Scientist, BBC Wildlife and many others. Originally from South Carolina, Clay now lives in Bozeman, Montana where he works as the communications lead for World Wildlife Fund's Northern Great Plains Program. He is an Associate Fellow in the International League of Conservation Photographers (iLCP). Clay was a leading voice in the fight to protect the rusty-patched bumble bee as a federally protected species under the Endangered Species Act, which became North America's first federally protected native bee in January, 2017.
In 2009 Clay co-founded the international nature photography project "Meet Your Neighbours" (www.meetyourneighbours.net), which has grown to include dozens of photographers representing locations around the world. The mission at MYN is to reconnect people with the wildlife that lives within their own communities. In 2012, in partnership with The Highlands Biological Foundation, he co-founded Backyard Naturalists, whose mission is to inspire an appreciation of the natural world in children through science, art and technology. Clay's current major focus is on North America's native bees and the important roles that they play in our lives.
Clay is passionate about spreading the message that a connection to nature begins at home and is always seeking out new ways to promote this concept through his photography, writing, presentations and community involvement. For the past decade Clay has regularly partnered with organizations to develop imagery that can be used to support conservation. He is the current president and serves on the Board of Directors for the North American Nature Photography Association and CREA, an organization dedicated to conserving critical habitat in the Panamanian rainforest.
RECENT AWARDS, HONORS, EXHIBITIONS, & HIGHLIGHTS:
Best Short Film, "Ghost in the Making: Searching for the Rusty-patched Bumble Bee" Colorado Environmental Film Festival (Feb 2017)

Successfully helped lead the effort to list the rusty-patched bumble bee as an endangered under the Endangered Species Act, which became the first federally protected native North American bee.  (Jan 2017) 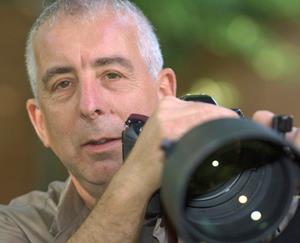 Curriculum:
Chris Gomersall is one of the UK’s best-known wildlife photographers, with a 30-year track record of professional activity, including 14 years employed as in-house photographer at the Royal Society for the Protection of Birds (RSPB). He continues to work as a freelance photographer of birds, wildlife and the environment, and has undertaken commissions for WWF (UK), Natural England, the Environment Agency, and BBC Wildlife magazine, amongst others. Chris’s work has won recognition in numerous international competitions, and in 2007 he was proud to be named as the European Wildlife Photographer of the Year.
As well as being the author of several books on wildlife photography, Chris is a very experienced tutor and trainer, leading tours and workshops at home and abroad. He acts as a training partner for Nikon (UK) Ltd, and has delivered workshops for institutions such as the London Natural History Museum, Cambridge University Museum of Zoology, and WildPhotos. He is also honoured to be invited as a visiting lecturer by the photography faculties at the University of Falmouth and the University of Nottingham.